Once it was the Kaufmann’s clock Downtown. But for the past four years, the airport has become the go-to place for some 1,000 Pittsburgh residents to kick off the holiday season.

In what has become an airport tradition, Pittsburgh International will host its fifth annual Holiday Open House on Saturday, Dec. 1, inviting the public to get a special pass to go through security screening to shop, dine and explore the Airside Terminal.

The Open House, which runs from 10 a.m. to 6 p.m., features shopping and dining specials, live music, kids’ entertainment and visits with Santa. Additionally, the open house offers the chance to visit the airport’s new local options, which include Quantum Spirits, Sarris Candies, Gaby et Jules, Penn Brewery and Local Craft, among others. 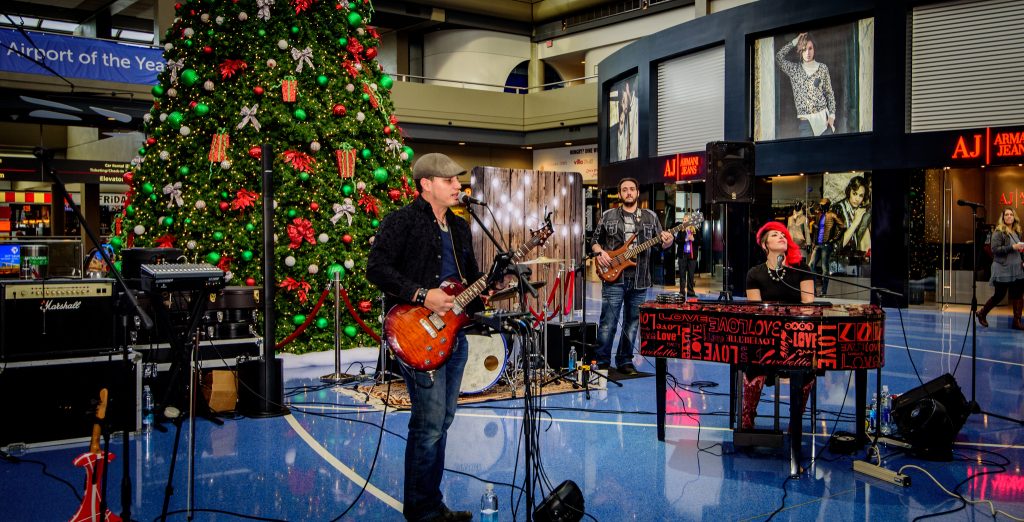 “It’s a great way for families to come out and see the airport, planes, Santa and all the festivities,” said Brian Stashak, PIT’s Vice President of Terminal Operations.

The event has averaged 1,300 registrants per year, and is enjoyed by both employees and attendees alike, said safety and security volunteer Janene Stitt.

“We have the opportunity to spend time with our patrons who are so excited to be here to shop and look around at the sights,” she said. “There are Pittsburghers who attend every year, so it’s like seeing an old friend.”

Joe Dornbock of Penn Hills, who has attended in the past, said he enjoys the “unique stores that are surrounded by the excitement of the airport.” And for others, like Sophie Gage of Mt. Lebanon, the event has become a tradition.

“My fiancé and I have planned a whole day around the open house the last two years including going to a nearby craft show, swinging by the airport and then going to get a tree. We really enjoy it,” Gage said.

To attend, register at www.flypittsburgh.com/openhouse. When you come to the airport, bring a valid, government-issued photo ID such as a driver’s license or passport. You’ll be screened through the security checkpoint as if you were flying (all rules and regulations regarding carry-on items apply). 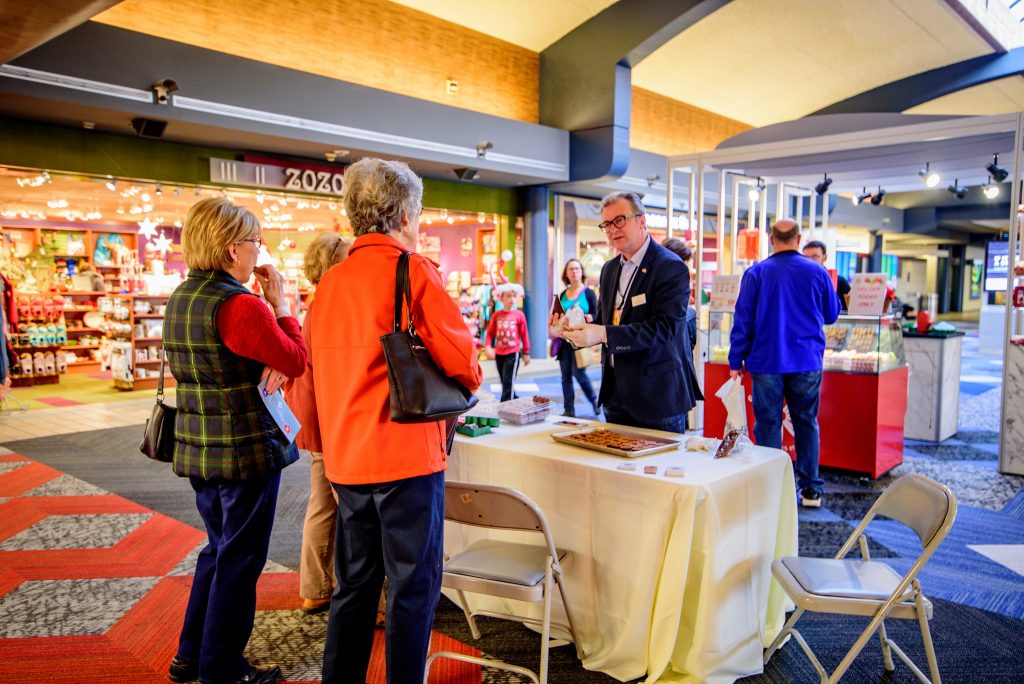 It’s not too late to make plans to meet family and friends in front of the tree in the Center Core.

The Open House, which began in 2014, was the precursor to myPITpass, the airport’s pilot program with the TSA that grants access to the Airside Terminal without a boarding pass. Pittsburgh International has been operating the program successfully for more than a year and was the first airport in the country to allow public airside access since 9/11.

Seattle-Tacoma Airport recently began its own version of a public airside access program.

PIT typically sees about 50 to 100 people per day getting a myPITpass to shop and dine and meet loved ones at the gate. The program operates from 9 a.m. to 5 p.m., Monday through Friday.