As Flight BA171 pulled into Gate C59, it marked not only the end of its seven-hour, six-minute journey across the Atlantic Ocean but also the end of a two-year-long wait for the airline’s return to Pittsburgh; the COVID-19 pandemic forced a suspension of the route in March 2020.

One of our favorite parts of this service? BA’s state-of-the-art Boeing 787-8 Dreamliner. Now the largest aircraft operating regularly scheduled passenger service at PIT, the 787 features cutting-edge technology like a carbon composite structure, enhanced onboard passenger experience and unique wings designed to deliver a smoother ride.

As the aircraft taxied to its gate, it dwarfed all other passenger planes on the airfield with its elegant mass. Ground crews and airport staff welcoming back the Dreamliner in the gate area looked like insects in comparison.

Despite its sheer size, the 787 pulled into the gate silent as a whisper. Its two huge Rolls Royce Trent 1000 engines sport a 10:1 bypass ratio, which is the ratio of air passing the engine’s core via the fanblades versus air going through the core. This allows the Dreamliner to produce less noise and deliver 20 percent better fuel efficiency.

It was a moment we’ll never forget, documented in this photo from Blue Sky’s own Beth Hollerich: the first BA Dreamliner at PIT post-pandemic. To view more images of the British Airways 787 from Friday, check out the photo album below.

And with that, we encourage our readers to pass along their photos of the British Airways 787 in Pittsburgh. We love them! Keep them coming—you can click here for submission guidelines. 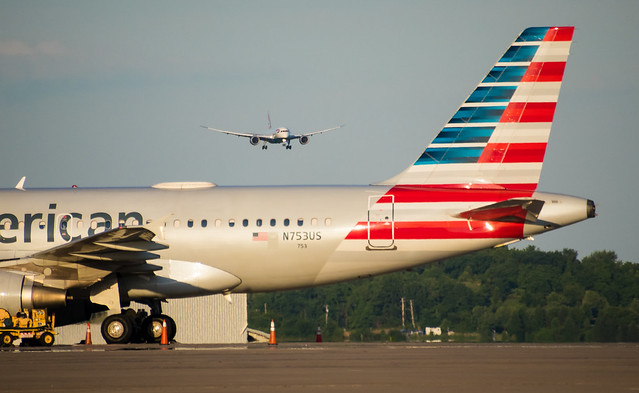