Despite the threat of rain and some early sprinkles, nearly 1,000 racers took to the airfield at Pittsburgh International Airport in one of the most unique races in the region and beyond.

Racers in the airport’s 6th FlyBy 5K and 2-Mile Fun Run/Walk traversed two taxiways and Runway 28 Right, the airport’s northernmost, while passing by military aircraft and a helicopter on the course.

They ran and walked past a Boeing KC-135 Stratotanker from the 171st Air Refueling Wing and a C-17 Globemaster III from the 911th Airlift Wing, among other aircraft.

The rain dampened turnout somewhat as more than 1,400 people were registered for the race. The expected rain, the remnants of Hurricane Ian, held off until just after the race concluded.

For official results, click here. For photos of the event, see below. 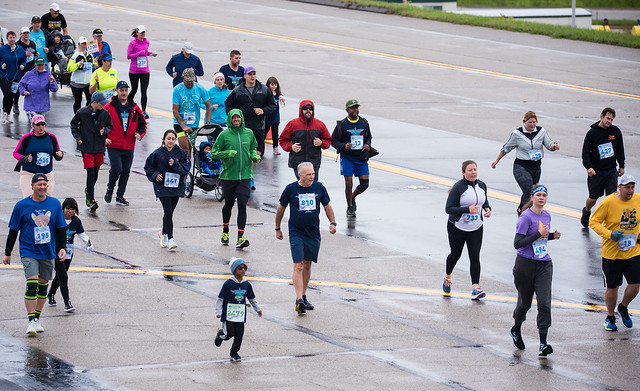