As passenger traffic continues to decline during the coronavirus outbreak, airports around the country, including Pittsburgh International, are welcoming more grounded aircraft.

As of March 30, nearly 100 planes owned by American Airlines and Republic Airways are parked at Pittsburgh International.

Airport operations staff have identified available surfaces to park the grounded planes, including taxiways, runways and deicing pads. They estimate that PIT could handle up to 140 idled aircraft.

“First and foremost, we want to give the airlines a way to respond to this drop in travel demand,” said Bryan Dietz, Vice President of Air Service Development. “We want to give them a place that they can easily and efficiently consolidate their aircraft parking.

“At the same time, we also want to help them prepare for recovery,” he added. “That way, they can quickly and efficiently launch operations when the time comes.”

Reductions in capacity can be seen in either the number of daily flights offered or in the size of aircraft operating routes, meaning a drop in the number of seats offered. For American and many other carriers, this leaves hundreds of aircraft grounded for the foreseeable future.

In addition to Pittsburgh International, hundreds of planes are being stored at other airports, including Tulsa International and Atlanta’s Hartsfield-Jackson International.

But for a number of aircraft parked at PIT, it’s unclear when the planes will fly again. The planes range from Republic’s Embraer E-170 regional jets to American’s Airbus A319, A320, A321 and larger, widebody A330 aircraft, as well as their E-190 regional jets.

To accommodate the grounded planes, PIT staff worked with airline officials and the Federal Aviation Administration to develop a plan that enables PIT to position the additional aircraft while safely maintaining airport operations.

“We start by identifying which areas we can use on the airfield at no impact to operations,” said Patrick Carreno, Vice President of Airport Operations at PIT. “We start with aprons and other areas where you would typically park aircraft. After that, we consider using taxiways and runways.”

Of Pittsburgh International’s four runways, airport and FAA officials decided to close Runway 10 Center/ 28 Center to handle a number of the grounded planes. After determining the number of parking surfaces, staff are following a detailed plan to position the aircraft.

“Basically, what we look at is, depending on the size of the aircraft, you want to be able to maneuver around it and be able to move the aircraft when you need to,” said Carreno. “You don’t want to put them too close to one another, so there’s a bit of a buffer and they are kind of staggered.

“It also gives them enough room to maintain the aircraft, because they have to go through certain procedures while they’re stored out there.”

Carreno added that other airlines have made inquiries about potentially repositioning some of their fleets at PIT, and airport staff will continue to refine plans for accommodating additional aircraft. 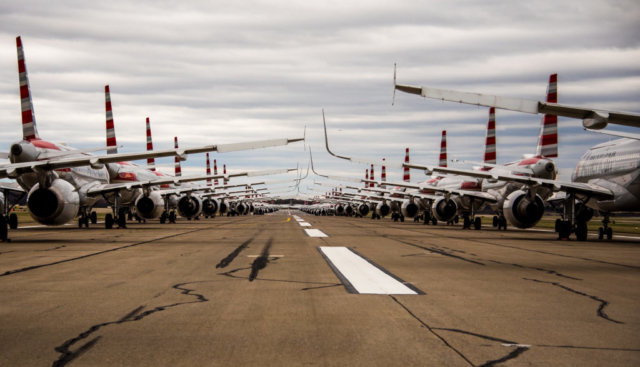 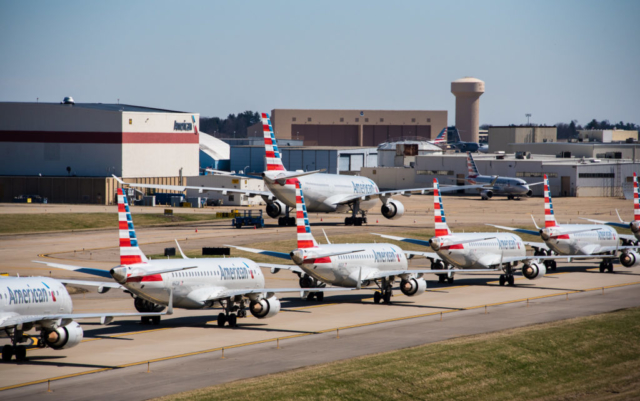 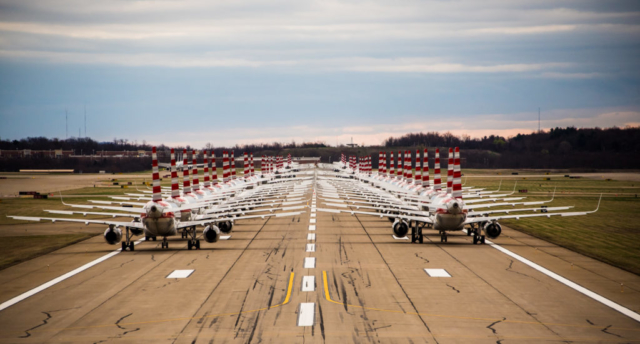 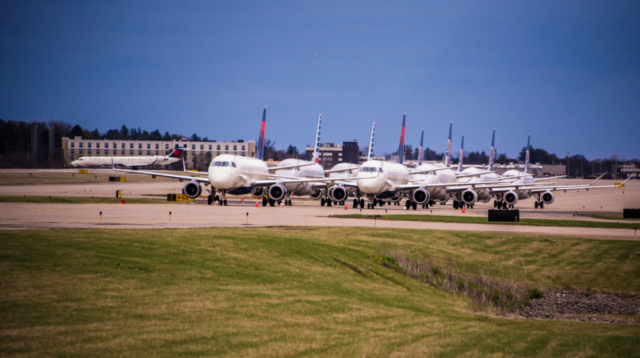 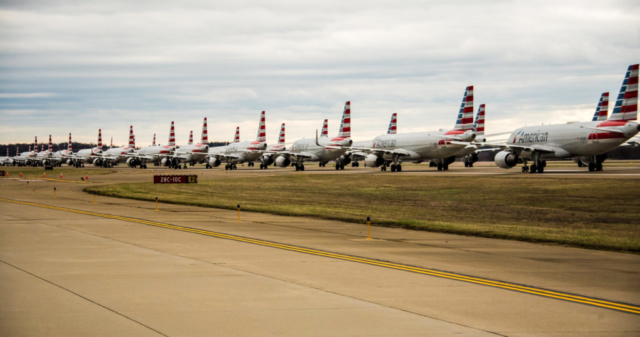 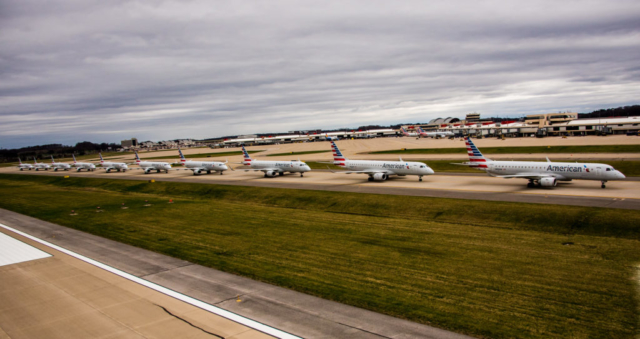 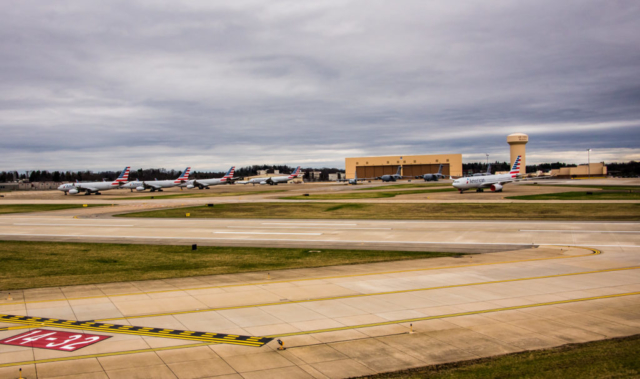