Summer, traditionally the busiest travel period of the year, can’t come soon enough for the aviation industry. And there may be reason for optimism as airlines position themselves to recover from the coronavirus pandemic.

In recent weeks, airlines have seen a steady rise in passengers. According to data from industry group Airlines for America, the average load factor for flights operated by U.S. carriers was 65.3 percent as of March 7—an increase of nearly 20 points from January.

“The last three weeks have been the best since the beginning of the pandemic,” American Airlines CEO Doug Parker said at an investor conference hosted by JP Morgan, according to FlightGlobal. “The crisis isn’t over, but it feels like the beginning of a very large uptick.”

The increase in demand is being attributed to a boost in passenger confidence as states start to lift travel restrictions and vaccines become available to more people.

As a result, the airline industry is expecting a surge in passengers just in time for the summer. 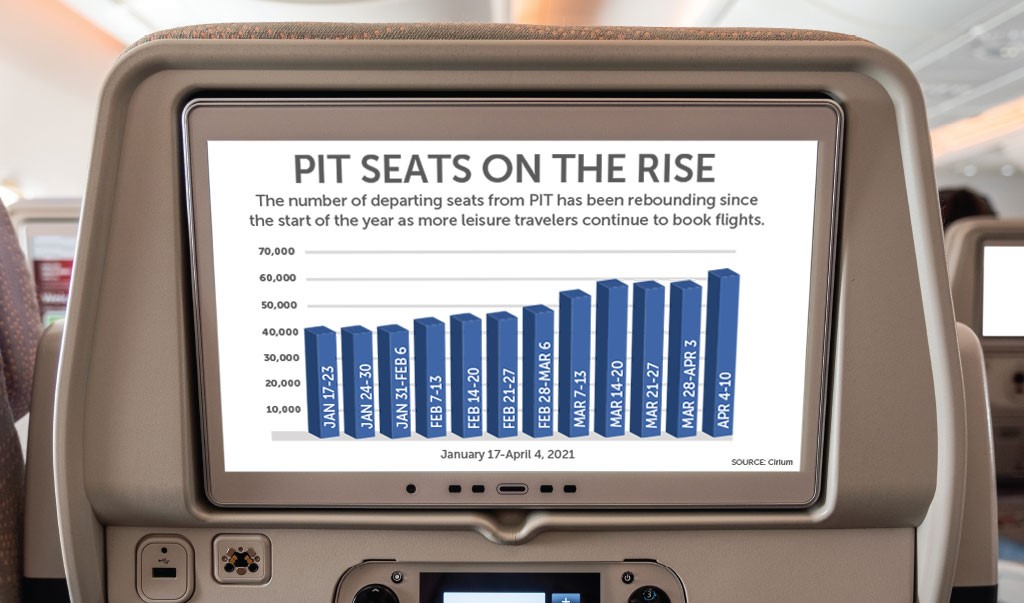 “Vaccines are going to be the catalyst that will make people more confident to fly again,” said Henry Harteveldt, an aviation consultant and co-founder of Atmosphere Research Group. “Memorial Day is the unofficial start of the summer season for the airlines. The timing could not be any better.”

Currently, passenger volumes are running at 53 percent of average pre-pandemic levels. Airlines for America reports domestic flights are down 50 percent while international flights have declined by 68 percent.

Delta Air Lines reported 32 percent of its total bookings in March are being made more than 60 days out, down only three points from March 2019, compared to 10 points off in January versus January 2019.

The industry expects business travel recovery to be sluggish through the summer, with most work-from-home policies still in place. However, experts believe that remote work could allow more people to make discretionary bookings.

“Working from home will probably give travelers additional flexibility in planning vacation trips,” Harteveldt said. “In addition, people are spending less during the pandemic and have increased their savings. Airlines are hopeful that because of those factors, demand will eventually go up.”

To take advantage of consumer trends, airlines have shifted focus to adding leisure-oriented destinations, including from Pittsburgh International.

In addition, Allegiant Air will commence service to Key West from Pittsburgh on June 3, which will operate on Sundays and Thursdays through mid-August.