Elevating aviation takes lots of know-how. In addition to the hundreds of dedicated experts who run our airports every day, the intrepid Blue Sky News staff makes sure the world knows about it.  Meet our content producers:
Bob Kerlik, Executive Editor 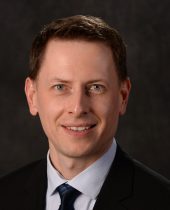 Bob Kerlik is Vice President of Media Relations for the Allegheny County Airport Authority and Executive Editor of Blue Sky. Bob has more than 15 years of experience in communications, including a dozen years as a reporter at the Pittsburgh Tribune-Review. He graduated with a bachelor’s degree in Journalism from Duquesne University, where he later served as an adjunct instructor and advisor for the university’s student newspaper.
BKerlik@FlyPittsburgh.com
Matt Neistein, Managing Editor 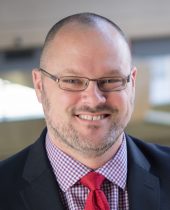 Matt is the Communications Manager for the Allegheny County Airport Authority and Managing Editor of Blue Sky. He spent more than 14 years working at newspapers in Illinois, Wisconsin, Florida and Pennsylvania in a variety of roles. He’s also been a part of the digital operations team at WPXI-TV. He studied journalism at Eastern Illinois University.
mneistein@flypittsburgh.com
Julie Bercik, Staff Writer and Videographer 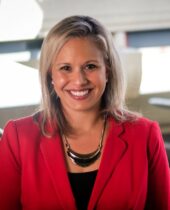 Julie is a Communications Specialist for the Allegheny County Airport Authority, staff writer and videographer for Blue Sky. She has 14 years of experience as a multimedia professional, working ten years in broadcast news and four years as a public relations specialist for public school districts. She is a graduate of Kent State University, where she earned a bachelor's degree in News and Information Gathering.
JBercik@flypittsburgh.com
Evan Dougherty, Staff Writer & Contributing Photographer 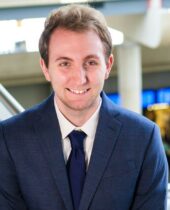 Evan is a Marketing and Communications Coordinator for the Allegheny County Airport Authority. He was previously a stringer writer for Blue Sky for two years and an airport volunteer for three years. Evan has over eight years of experience with aviation photography and has contributed to various aviation websites. Evan is a graduate of Robert Morris University, where he earned a bachelor's degree in Business Administration in Marketing.
EDougherty@flypittsburgh.com
Beth Hollerich, Photo & Video Editor 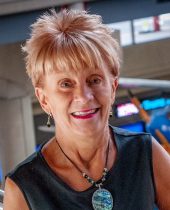 Beth is the Multimedia Specialist for the Allegheny County Airport Authority and the photo & video editor for Blue Sky. A self-taught photographer, Beth has over 25 years of photography and photo editing experience.
BHollerich@FlyPittsburgh.com
La'Var Howell, Staff Writer 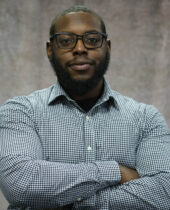 La’Var is the Communications Manager for Allegheny County Airport Authority and a staff writer for Blue Sky. He has more than 10 years of experience in communications and social media management. La’Var is a speech writer and researcher that has developed talking points focusing on Diversity, Equity and Inclusion initiatives. He taught communication courses as an Adjunct Professor at John Carroll University. La’Var has two Bachelor of Science degrees from Slippery Rock University in Business Communications and Sport Management. He earned his Master of Science degree from Northeastern University in Corporate and Organizational Communications.
LHowell@flypittsburgh.com
Elise Gomez, Contributing Writer 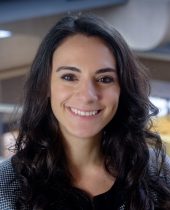 Elise is the Customer Relations Manager for the Allegheny County Airport Authority and a contributing writer for Blue Sky. She is a graduate of Duquesne University, where she earned a bachelor’s degree in Marketing Communications and an MBA.
EGomez@FlyPittsburgh.com
Alyson Walls, Contributing Writer 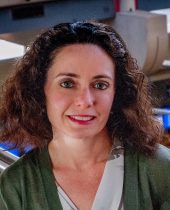 Alyson is the Director of Communications for the Allegheny County Airport Authority's Terminal Modernization Program and a contributing writer for Blue Sky. She began her career working at newspapers in West Virginia and Pennsylvania before transitioning into public relations for Pittsburgh-area nonprofits. She has bachelor’s degrees in Journalism from Marshall University and Elementary Education from Point Park University.
AWalls@FlyPittsburgh.com