A National Airlines B747-400F landed just after 2 a.m. carrying the masks to be used in the fight against the coronavirus pandemic. The flight was particularly notable, as previous arrivals were smaller 757s carrying a fraction of the cargo load.

Harry Harris, the U.S. ambassador to South Korea, tweeted that the masks were bound for the U.S. Federal Emergency Management Agency from the South Korean government.

“A BIG thank you to (the Republic of Korea) and (the Blue House) for providing 2 million face masks to FEMA. Our alliance and friendship are as vital and ironclad today as it was 70 years ago,” Harris wrote on Twitter.

The Blue House is a reference to the South Korean President’s official residence.

According to the South Korean news agency Yonhap, the foreign ministry there said the masks were part of emergency assistance to the U.S.

“The provision followed comprehensive considerations, such as our country’s domestic COVID-19 situation and the local supply and demand for masks, and the need for support for our ally, the U.S.,” the ministry said in a press release, according to Yonhap.

“We hope that South Korea and the U.S. will quickly overcome the shared challenge of the COVID-19 disease through this support, and this can contribute to sharing Korea’s quarantine experience with the international community,” it added.

In late April, two National flights landed at PIT and offloaded hundreds of thousands of N95 masks to help with the U.S. response to COVID-19. Monday’s flight originated at Seoul Incheon International Airport and had a stopover at Ted Stevens Anchorage International Airport in Alaska before making its way to Pittsburgh.

The National Airlines aircraft on Monday spent less than three hours in Pittsburgh to unload the 2 million masks and refuel before heading back to Anchorage.

“National Airlines planned and executed these missions in less than one week’s notice. Thanks to our operations staff, crew members, our partners, vendors and (Incheon) and (Pittsburgh) airports in working with us and providing smooth services,” the airline said in a statement.

Cargo has increasingly become part of Pittsburgh International Airport’s business plan as officials look to build the airport into an international logistics center, capitalizing on its abundant space and ideal geographic location.

“The secret we have at Pittsburgh International Airport is speed, whether it’s the short aircraft taxi time on the airfield, the time it takes to offload cargo, or to build up and break down the freight that goes on the trucks,” Bryan Dietz, Vice President, Air Service Development at PIT has said. “The speed of how this airport community keeps freight in motion gives us a competitive edge.”

While airlines have slashed flights and passenger traffic has dropped to a fraction of normal times during the pandemic, air cargo has remained steady.

“We are proud to be a part of our national relief efforts with National Airlines and FEMA, and we are also appreciative of South Korea providing the masks,” said Vince Gastgeb, Vice President of Government and Corporate Affairs. “We understand the important mission of fighting this pandemic and we are ready to assist wherever we can.”

Plans to further cargo expansion at Pittsburgh International Airport received a major boost in the fall when the U.S. Department of Transportation announced an $18.69 million BUILD grant to support the construction of a 75,000-square-foot cargo processing facility and an adjacent surface parking lot to expand air cargo operations. 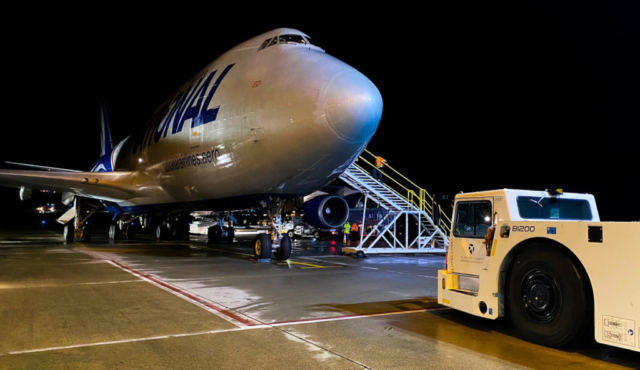 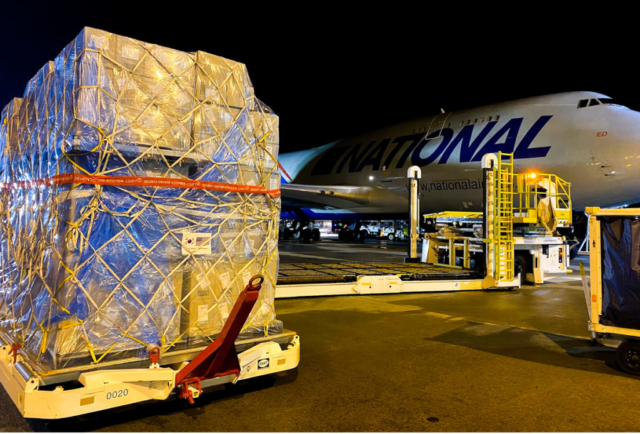 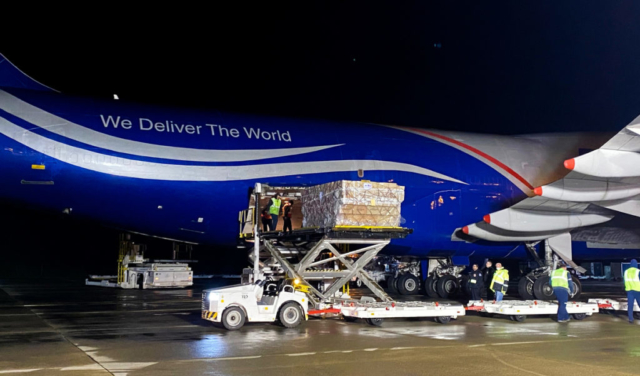 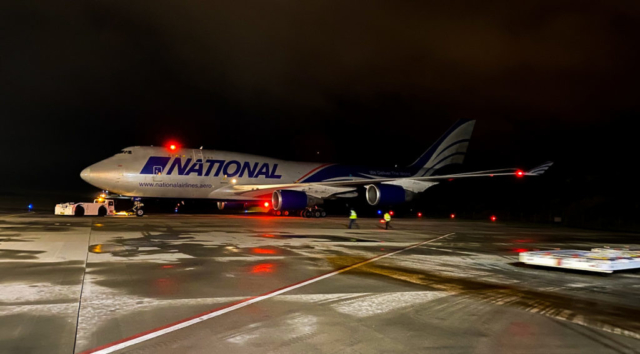