An early-June surge in commercial air travel briefly sparked optimism in the aviation industry, but it has plateaued as the traditional summer vacation season begins to wind down.

The vast majority of people flying over the past five months have been leisure travelers, as the business travel segment has been at almost a complete halt due to economic and COVID-19 concerns. But with Labor Day approaching, the airline industry’s most lucrative season is coming to an end, and uncertainty looms large.

“It’s going to be a bleak fall. There’s no way around it,” said Henry Harteveldt, an aviation consultant and co-founder of Atmosphere Research Group. “We cannot sugarcoat it. It’s going to be a very, very tough fall period for airlines.”

After passenger traffic plummeted in mid-March as a result of the COVID-19 pandemic, the U.S. didn’t see 400,000 air travelers in a single day until June 5 and then crossed the 500,000 mark only days later, on June 11. The timing coincided with many states, including some of the country’s prime tourist destinations, “re-opening” after months of business shutdowns and restrictions. 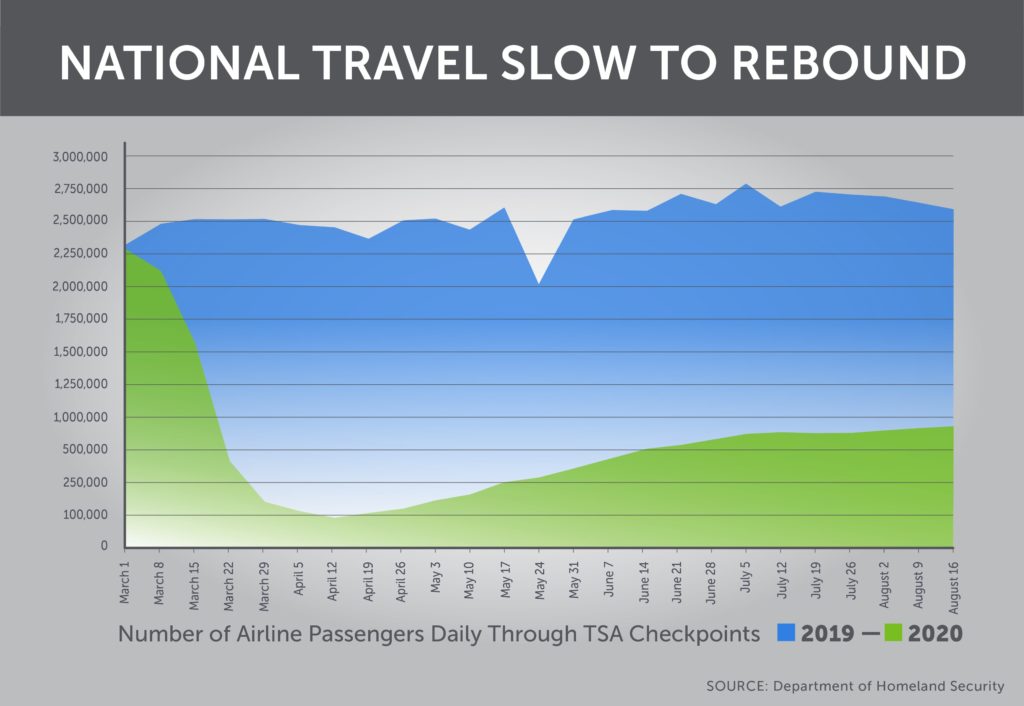 A spike in COVID-19 cases in Florida, Texas and other states later that month led to the reinstatement of some quarantine measures, and passenger demand lessened, undermining aggressive scheduling from airlines hoping to recoup billions of dollars in losses.

By the end of June, passenger numbers consistently surpassed the 600,000 threshold and moved past the 700,000 mark on July 2, but occasionally backslid below 550,000, particularly on Tuesdays and Wednesdays, traditionally the slowest travel days.

“Right now, people are not sure about where they want to travel because of the health landscape at their destinations,” Harteveldt said.

The new reality is forcing airlines to adjust fundamental parts of their business on the fly as they adapt to new passenger trends and expectations. For example, United announced more than two dozen new point-to-point routes earlier this month, an unusual strategy for a legacy carrier with several hubs across the U.S. 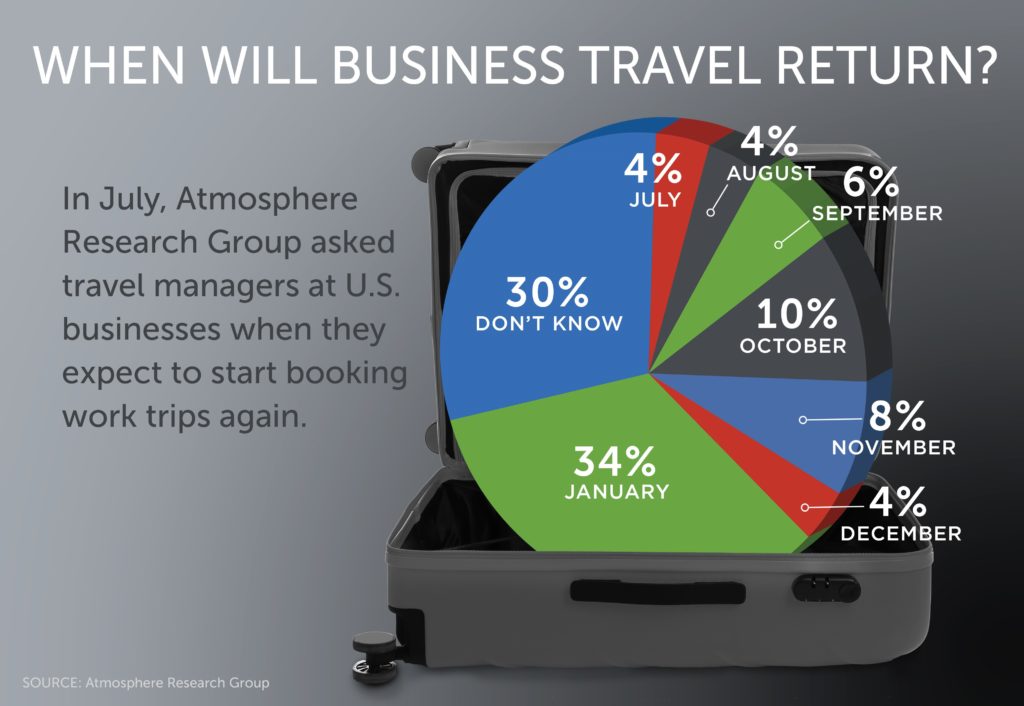 Carriers and airports are also focused on making passenger journeys as safe as possible, with intensive cleaning regimens, mask mandates and more all aimed at restoring consumer confidence in air travel.

Harteveldt said more than 80 percent of passengers his firm has surveyed says these extra measures are important to them.

“The actions that airlines are taking really do strike a chord with the traveling public,” he said. “Making sure people are wearing face coverings matters.”

Third quarter financial results will be reported in mid-September, a time Harteveldt believes will be critical to see if experiments such as blocking middle seats can keep passengers boarding planes.

Those results could offer some insight into an autumn season that is likely to be far worse than usual for the entire industry.

“You’re not dealing with normal times,” Harteveldt said. “The consumer is not only bringing a handbag and a carry-on suitcase with them when they travel, but they’re bringing aboard massive issues of fear and trust.”